Billion Dollar Dream is a testament to Jeriq’s musical transition from the young talented kid in the hoods of Nkpor to a man establishing himself as one of the most beloved young voices in the streets of Africa.

The project features Psycho YP, Koffi Jamar the Ghanaian rap sensation and Alpha P. Dremo comes in on one track to cement the talks about their artistic compatibility.

As a starry-eyed kid from the streets, all Jeriq had growing up was dreams. After the hood boy dream which the success of the EP made a reality, he said “After making the millions I dreamt of in the EP, things changed, the money I thought was a lot of money became smaller by the day.

Not because I was running out of money, but because even though I had fulfilled the hood boy dreams, I had to make the dream bigger. Hence the title of this sequel BILLION DOLLAR DREAM. 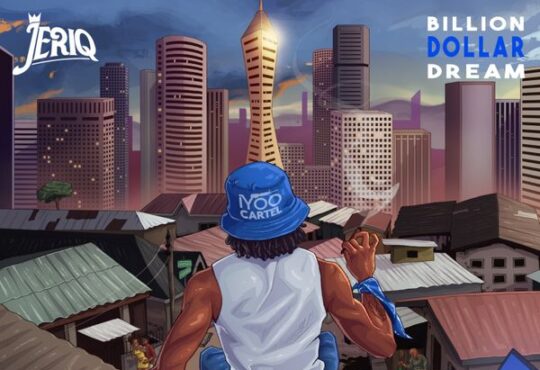